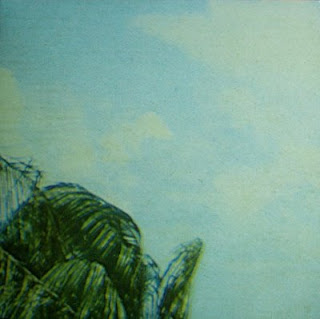 The Hospitals are a band from San Francisco who, since 2002 have released 3 wonderfully deranged albums. Their sound could best be described as Noise Rock, albeit they are certainly a lot more aggressive than a lot of Noise Rock bands out there. Another, more fun term, is "Shitgaze," a genre which is basically the bastard child of Noise, Shoegaze, and Lo-Fi music. The band also has a bit of a Garage Rock influence, which doesn't come as much of a surprise since the band formerly had member John Dwyer, who now fronts for Garage Rock band Thee Oh Sees. The band can really offer their own demented and harsh version of Noise Rock, which is especially shown in this album, and they really don't hold back.


The first track, "Hairdryer Peace" is a very noisy and fuzzy track. Hard to make out anything. A bit too rhythmic and soft to be called Harsh Noise but it seems too harsh and layered to be Noise Rock, basically the definition of Shitgaze. You can definitely make out the instruments like the drums and sometimes the guitars but most other things are lost in the clamor of noise. The whole album has a really nice texture, to it. Really fuzzy and pleasant sounding. Pleasant relative to most Noise that is, this album certainly does not hold back, the ending of this song nice and deafeningly loud.The next track, "Getting Out of Bed," is much more Noise Rock sounding, or maybe even like a crossbreed of Noise Rock and Garage Rock, which is always something great to see. It almost feels like it has a touch of Psych Rock influence too, a lot of modern Garage Rock feels like that. The track kinda just abruptly cuts out. A few tracks on the album do do that. "Rules for Being Alive" starts out eerie and a bit more Folk influenced. I'd like to call "Fuzz Folk." Seems reminiscent of Amps for Christ, but not incredibly similar. Or it could almost sound like Outsider Folk with really atrocious recording quality. Then the nice, almost droning, noises that come in eventually, then they change into this high pitched, almost angelic sound that kinda does away with that feeling of simple low recording quality. "Ape Lost" kinda sounds like the title implies. This tribal sounding drum pounding over and over, only leading to a big clutter of noise with those drums softening your skull the whole time. "This Walls" is a lot more laid back of a track with singing, towards the end it breaks down into a riff being played repetitively and then just this amazing wave of harsh, bellowing noise. The 6th track, called "Sour Hawaii," is pretty much just some harsh noise. Some really interesting and layered harsh noise. "Smeared Thinking" is a track focused more on some inaudible vocals, until the mind-numbing guitar comes in and whisks you away to a land of wonderfully distorted and loud riffs that are simple yet sweet. It seems to get louder and louder till it just kind of ends and we get half way through this album which only clocks in at 30 minutes. The longest song on it is just a mere three minutes and 42 seconds long.

"Teams" is the closest to garage rock on the album so far, it's relatively audible the entire time. "Animals Act Natural" is even less harsh than the previous song as this album transitions from awesome Noise to awesome Noise Rock. Then after a short kind of spoken word a capella  the song completely explodes into an array of screaming guitars and booming drums. It's quite a lovely sound as far as harsh noise goes. Just a complete wall of noise, not very changing or jumpy. It just steadily and repeatedly beats your eardrums. The next track, "Me, a Ceiling Fan" is pretty short skit, a bit more "Fuzz Folk" like "Rules for Being Alive," other than that thereisnt much to say. "BPPV" is a nice example of how well they can combine and transition between Noise Rock and just plain Noise in this more Punk influenced track, one moment the manic singer is chanting something, the next minute all of the instruments are wailing at once. One other thing I'd like to say is the compressed thud of the drum at some points in this track is just a wonderful sound. "Dream Damage" is actually pretty damn mellow sounding. Kinda gloomy sounding even. It's also one of the songs on the album that sounds like it was recorded live from a phone that was sitting in a shoebox. For all we know it was. Either way it sounds really neat and I like the shift to a more melancholy tone. "Scan the Sea Floor" is a lot Noisier than the previous track, starting with this wave of static just flowing back and forth, turning into a more Noise Rock kind of song, and eventually turns into a high pitched wall of noise. "Don't Die" closes off this relatively short album on a odd note. At first it sounds a bit like "Dream Damage," then it goes off in its own direction and becomes a ton noisier. The odd part of this song is that it just seems to end abruptly. I'm not sure if this was intentional or what. An odd, and relatively unwelcome way to end such a good album.

In conclusion, the Hospitals really offer music that is either either ingenious or inane, it's really hard to tell. In my opinion the album is completely ingenious, it has a nice variation to it so it can be great for those who want nosier Noise Rock or for those who want a bit less noise in their Noise music. Or for those who know what Shitgaze is and want to find more artists in the niche. Whichever way you look at it this is a really inspired album and it's, all in all, very good. I highly recommend giving it a shot whether you like noise or not.

Animals act natural
It's all been so hard for me
They don't know the fact
They make it look easy
Posted by spillway at 11:07 PM