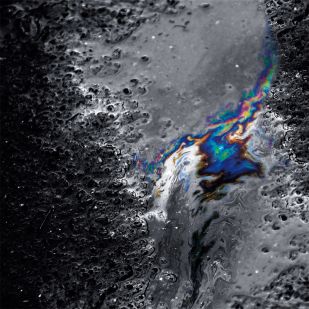 Dark Sky are a Dubstep/UK Bass trio from South London that have been producing since late 2009. Their work as Dubstep artists shines through many other young producers that started in London around the same time because of their unique style of Tribal-influenced Techno crossed over with the typical 2step Garage style of Dubstep. In this EP, Dark Sky showcase a UK Funky-esque collection of tracks that despite their bubbly synthlines and Wonky song structure retain certain key elements of a classic Dubstep sound, that doesn't mean that these four tracks are that similar though, Tremor feels a lot more House and Techno-oriented while Zoom is more of a straight up Dubstep tune with a classic London bassline. The eclecticism displayed from Dark Sky even in such a small release really says a lot for these UK producers.


In times of new bedroom producers springing up every day, experimentation and strong production are key to get noticed. These guys have done just that, with every new release, despite their infrequency, Dark Sky consistently showcase danceable tracks with a Tribal influence and top-notch production. All four tracks feel futuristic and fresh even amidst the current UK Bass scene, with clever Garage-influenced drum patterns and soft, warming synth pads. The song starts with very soft but ever-increasing Congas alongside a regular 2step drumline while the beautiful synthesised strings build up throughout the track, swimming in and out of the  song while the Hudson Mohawke-esque Wonky synthline makes the track a monster of a Dance tune without shelling out any of the aforementioned beauty and delicateness. Totem is my favourite track on the album and also the longest at just over 6 minutes, followed closely by the incredibly lively Tremor.

Tremor, being more of a Techno track than Dubstep displays a danceable 4/4 beat as expected, but the best part about the track is it's incredible 'Future Bass' style synths, bubbly and warped, these irregular and silly sounding noises layer on top of eachother in a very creative way. Rattling hi-hats and infrequent snare rolls alongside an appropriately used filter effect makes for a no-swing beauty of a track.

The EP as a whole is consistently uplifting despite the variety of the tracks. Throughout these four songs, I can't find a single flaw in terms of production and appeal. In and outside of a club or party, this EP is sure to put a smile on your face, highly recommend to fans of Hudson Mohawke, Global Goon, Silkie and Gold Panda.