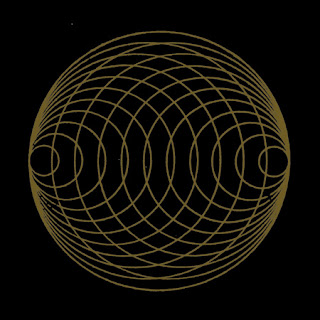 Gregg Kowalsky, Florida drone craftsman and Kranky native, has, with Tape Chants, what is undoubtedly his magnum opus. Indeed it stands as a quiet, largely un-witnessed statement to the entirety of contemporary ambient and drone in its ineptitude and stale demeanor. Its dialectical tension of force and resignation, of repetition and novelty, stand to challenge and take to the end the Enoian doctrine of music “as ignorable as it is interesting.” What is interesting, Kowalsky shows, is so because it reciprocally negates its own ignorance.


“I-IV”, in its monstrosity, plays itself out in hums gentle yet menacing – each solemnly joining one another in stoic procession. Each compound of tones bears itself as the direct descendant of the last, who, in its newfound force, tears asunder the form that came before it. If such music is enveloping, then in every instance its envelopment proceeds such that what grip its amorphous hands possess is the result of its own self-consumption. Initiated is a dialectic between self-destruction and other-destruction, each affirming and then negating the other. The arresting moment of the album as a whole stands in this movement – that one's giving up to the drone is to let the drone give up to you. Herein is the lie of brute self-preservation, about which Adorno noted that the life wholly devoted to preserving oneself creates a self not worth preserving. Preservation lies in the strength of mutual resignation. This is Kowalsky's dictum in drone. Almost mockingly triumphant, the wistful, percussive thump that emerges in the middle of the track confirms this dictum in all its sublime hopelessness. That it is indeed hopeless is affirmed by the final tattered echoes of drones past which fizzle and fall in the track's closing moments, before the diversity of tone is overthrown once again – they speak to resignation in its rich, emancipatory impossibility.

This much is a move engaged in repeatedly throughout the record – even more starkly in “VI-VII”, whose opening tone is so simple as to be all the more painful – as these monstrosities are broken up by gentler, much smaller interludes. The watery pings of “V” speak to their surroundings like whimpers to a bottomless pit – their eternal power is inextricable from the fact that they will never hit their mark, not while engulfed by the tonal towers which make of such pieces nothing but shanties. They are all the more beautiful for their powerlessness. The piano tones which close the album tragically bask in their antiquated and newly honest selfishness.

Every shift, every textural and tonal transformation, speaks ever so softly of its effortless impossibility. Drone in this sense is the contradictory over-affirmation of repetition as a musical category. Even the repetition of ideally identical musical units, is itself a denial of repetition's ideal; the procession of the always the same. For even two identical units are differentiated in number. The continuous drone takes this contradiction to the end, carrying out repetition's desire to not even be more than one – and, in the alteration and progression of the drone, this resolution is shown to itself be a resolute contradiction. The slow, milky progressions that the tracks herein take speak to this eloquently, if softly. Elemental movement and the stasis that is inherent in the very concept of the drone play out antagonistically, and with expert tact. This much speaks to the fact that human emancipation from (economic, cultural, psychical) repetition does not take the form of a boundless, hedonistic expression of the every new, but destroying repetition with its own tools. Repetition must be shown to crumble in its overbearing oppression by way of the moment wherein precisely this sublimation is given the lie by the play of difference which repetition always already potentially holds and by which it is antagonistically constituted.