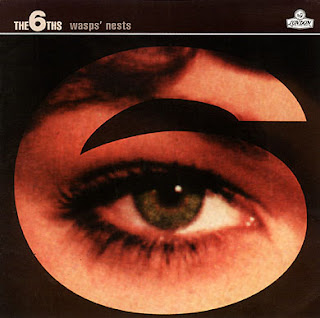 Before he decided to abandon synthesizers, before he decided to spend an entire album trying to be the Jesus and Mary Chain, and before everyone fell in love with "69 Love Songs", Stephen Merritt was just content to write charming and witty synth-based pop songs. While the Magnetic Field's first five albums (from 1991's "Distant Plastic Trees" to 1995's "Get Lost") are almost unparalleled in terms 90's Indie Pop, Merritt was extremely prolific, not only working with the Magnetic Fields, but also with Future Bible Heroes, the Gothic Archies, and this project - the 6ths. While most of the Field's albums post-"The Wayward Bus" featured just Stephen singing, up until 1999's "69 Love Songs", the 6ths takes a markedly different turn, with Stephen still handling all the lyricism and songwriting, but recruiting some veritable indie greats to handle the singing - Mary Timony of Helium, Lou Barlow of Dinosaur Jr, Georgia Hubley of Yo La Tengo, and probably my favorite feature, Amelia Fletcher of Talulah Gosh and Heavenly!

Musically, this is definitely in the vein of the Magnetic Fields' first couple of albums, before Merritt took a turn for acoustic instrumentation with "Get Lost", and eventually abandoned synthesizers all together on "i". The Synth melodies are so varied, going from bright and cheerful to extremely upbeat and danceable - all the time Merritt spent in bars and clubs is definitely reflected on this album, there's a relatively distinct dance music influence that intertwines with Merritt's gorgeous blend of synth pop and indie pop. Merritt's lyricism is incredibly on point as well - his witty and urbane persona shines through on these songs that toy with dry humor and invert the most cliche and generic of subject matter into extremely bizarre and memorable twisted pop ditties.

In terms of the singing on this album, it's a divisive subject. Those who tire of Stephen's dry, almost lifeless baritone will rejoice at the variety on display here. Steadfast traditionalists will probably just write it off as a cheap gimmick, and many see Stephen using so many guest vocalists (Shirley Simms in particular) a real downfall in terms of quality, and while I'm inclined to agree for the most part, I think some singers actually fare better than Merritt - In fact, I don't think anyone has been able to top Susan Anway's performances on the first two Magnetic Fields records. Not every performance on here reaches Anway or Merritt's lofty heights, but many come close, and even surpass it - I'm a particular fan of Amelia Fletcher -  if only Calvin Johnson would do another duet with her in the vein of "C is The Heavenly Option".

Overall, this album is a really underlooked gem in terms of Merritt's work - the great songwriting, and lyricism of early Magnetic Fields' albums, with a cavalcade of indie pop superstars lending a hand? This is definitely an album for anyone interested in Indie Pop who's bored of the generic, derivative guitar-based pop that's just flooded the genre at this point.