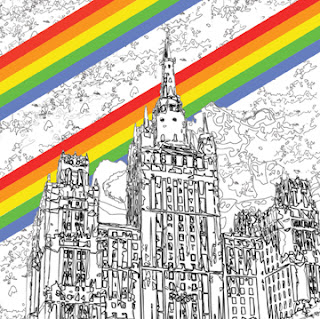 Fuck the Internet is an EP from Virginia-based Underground Hip-Hop band Double Rainbow. The album is short, simple, and sweet, very sweet. Only form of instrumentation is a distorted, washed-out guitar, which sounds perfectly fitting, and some nice percussion, other than that the album is pretty minimal relative to most Hip-Hop out there, no large amounts of  flashy production. I mean it's not to say its incredibly raw, its just not heavily focused on production. It's just to the point, the lyrics are clever and catchy, has a bit of a punk influence, and it's reminiscent of Hip-Hop acts like Bleubird or Otem Rellik, but, again, with less detailed production. The album also has a bit of a Punk influence, as far as the vocals go at least, and the instrumentals have a slight Post-Rock tint to them. The singer has a great voice in my opinion, some people might think it's a bit whiny but I really don't mind the whinyness. All in all it's a very great Hip-Hop album and I highly recommend it. I also highly recommend that you support the band directly via their bandcamp if you're able to, 7 bucks isn't that much and if anything it'll encourage them to work on and release more music.

Pride is a motherfucker and I've got a civilized mind
Posted by spillway at 6:08 PM