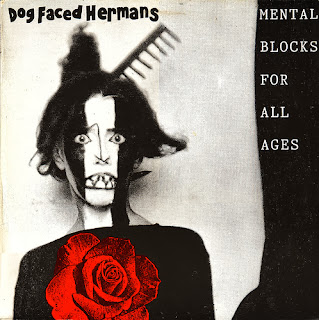 Dog Faced Hermans, wacky, crazy, hyper, epileptic post-punk, what more could you even want? This Scottish group really just brings such a memorable sound to the table, what could best be described as a unique blend of post-punk and anarcho-punk. And along with that their unconventional instrumentation and sweeping female vocals, that are almost operatic at times, really make them a band that doesn't lose their appeal after a few listens. Dog Faced Hermans is one of the few bands I can honestly say has not released a bad album in my opinion. And this particular album just seems to perfectly sum up the band's hectic sound, and it's definitely my favorite release by them, and even one of my favorite albums of all time. Fun, noisy, quirky, and enthralling all at the same time, it's a really hard album to pass up.

Fortune has a double edge
Sometimes I think it cuts
Today you've got enough
And others not too much
Posted by spillway at 10:48 PM