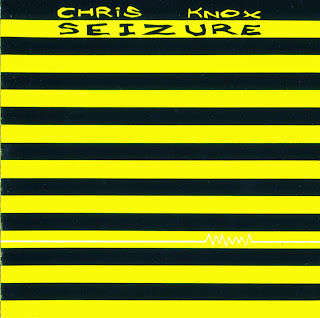 Seizure is only what I can describe as an odd mix of Punk Rock, Indie Rock, and Post-Punk that somehow manages to work perfectly. Another one of the many great releases from the Flying Nun label. The seasoned New Zealand musician Chris Knox makes this interesting combination of styles flow perfectly into an album that's surreal, dreamy, and snide all at the same time. The whole album feels diverse and it doesn't fall into the pointless samey-ness that Indie Rock albums are generally susceptible to. I think it's mostly because Knox incorporates a lot of other genres into his music, some of the songs are more Punk influenced, while some even seem like a nod to Rock 'n' Roll, it's enough to keep the album constantly changing and make it insanely captivating. All in all it's just a really fun and energetic album that's really worth a listen.

But you know you wanna see
All this pain an misery
Posted by spillway at 2:51 PM