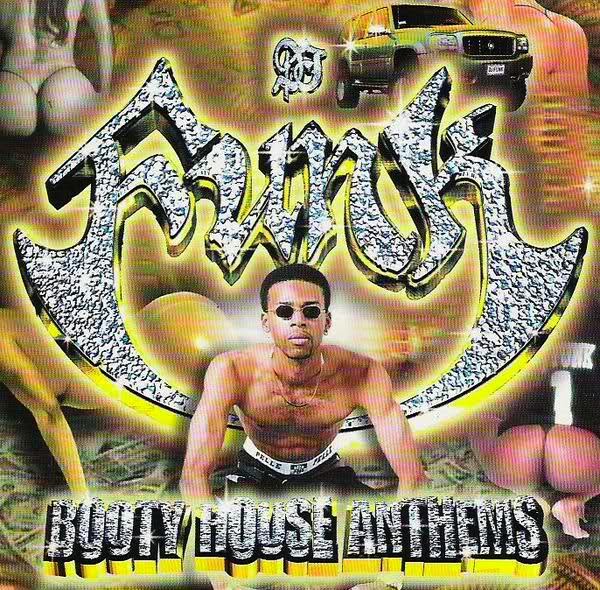 Seminal release from the Godfather of ghetto house (Chunk Chambers). If you’re not familiar with the genre, it’s marked by stripped-down house sounds with sexual vocals, usually samples but also sometimes supplied by the DJ’s themselves (or even more rarely by MC’s).  Tracks are fast and short, aimed towards the hyper & lusty clubby crowds of Chicago and Detroit, the former being Funk’s place of residence. In the early 90’s, while other labels were moving away from the stripped-down sound of house, Dance Mania was the one to keep it going, and Funk was at the forefront. Early on he was a mixtape guy but had a couple very successful hits in the clubs, and in 1999 released this comp; thirty cuts of the movin’-est booty-shakin’ house music that had existed up that point.

Dance Mania was a pretty big label that went through a lot of stylistic changes. A great thing about it is that there isn’t really a wrong place to start, as long as you know what era you’re dealing with. This comp is nice if you’re new to ghetto house, but so are a number of other releases. In the future I’m going to try to upload as much Dance Mania stuff as I can (although this comp wasn’t actually released on DM).