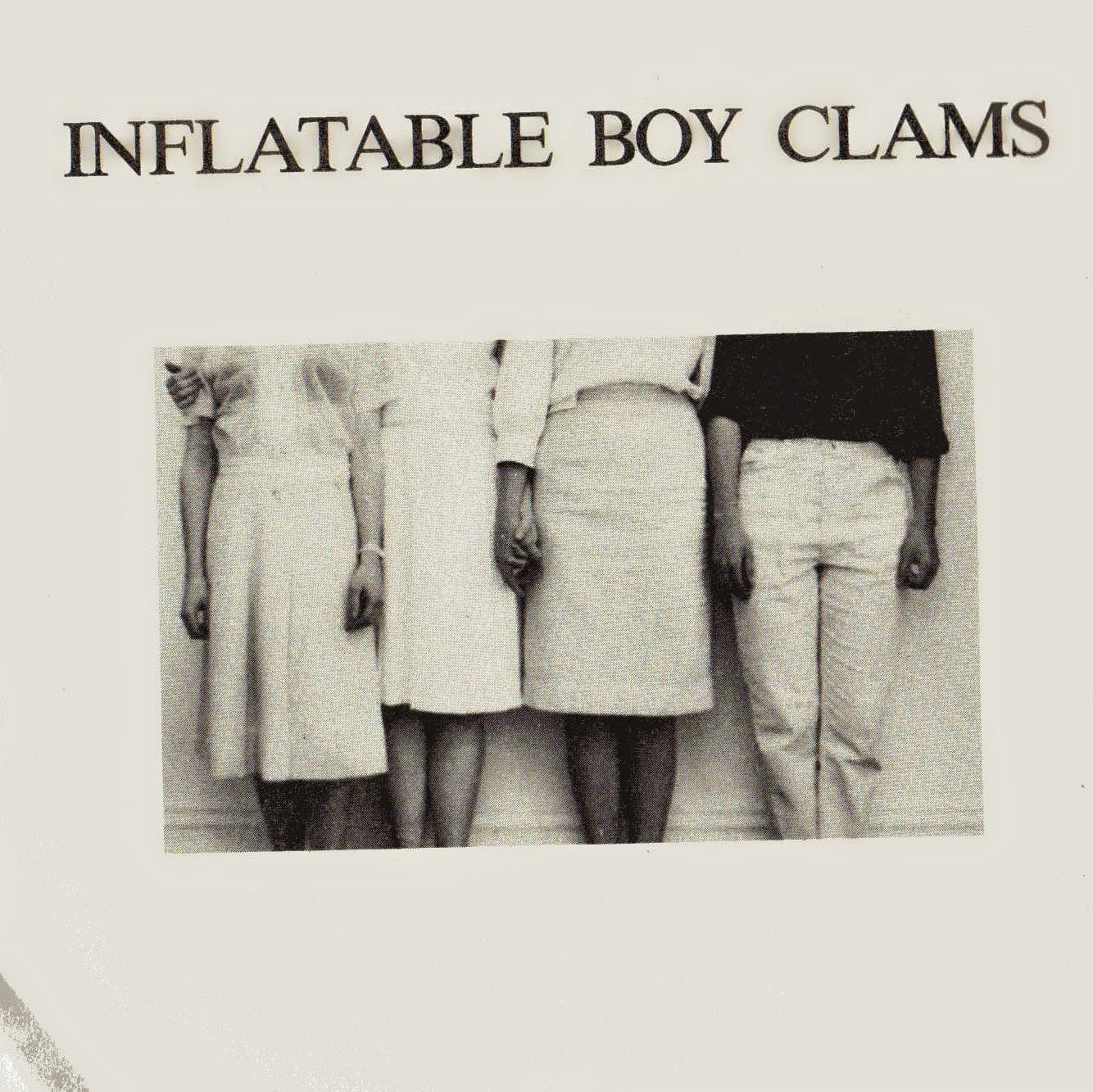 What a curious record. Inflatable Boy Clams was an all-female quasi-no wave band from San Francisco. Had they actually been in the scene at the time they would have fit in perfectly. It's a weird little EP, imagine a cuter and all-female version of the early Sun City Girls stuff, then you kinda get an idea for this album. It's really minimal, basically just spoken word for some of the tracks. The album has a real kind of distinctive candid and grim feeling to it. Really a fantastic album, definitely worth checking out.

See my grotesque grin
I smile for youuuUUUU
Posted by spillway at 10:29 PM