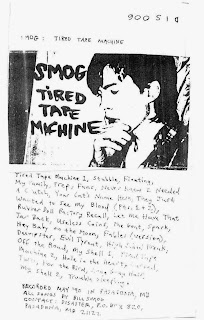 Real great lo-fi, indie, tape-fuckery masterpiece right here. Not really going to be the clean indie rock one would come to expect from him later in his career, nor is it the almost country-like sound that came even later. It's a real demented, strange, and at times even eerie album, way more enthralling than his other stuff. I'd even go as far as to say that it's definitely his best album in my opinion, it's severely underrated.